Courtesy Westfälische Hochschule Gelsenkirchen Bocholt Recklinghausen Fachbereich Maschinenbau und Facilities Management, Institut für Maschinenbau During electron beam welding the high energy concentration causes the material to melt, forming plasma. The escaping plasma creates a channel as it “drills” into the depth of the workpiece and forms the welded seam as it cools. The sequence shown has been acquired using 9,000 fps with the exposure matched to the actual welding process. A commonly applied technique is to oscillate the beam via electromagnetic coils. A circular suspension of diameter 0.4 mm was used here. At 10 Hz the electron beam moves the plasma channel, while at higher frequencies (e.g. > 500 Hz) the electron beam increases the plasma channel. At the bottom left, the open plasma channel can be seen very well, while the electron beam moves at the edge. 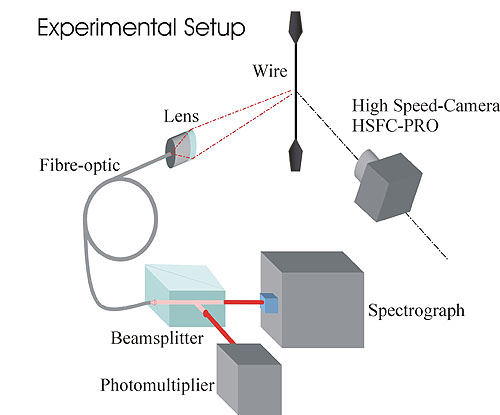 Endoscopic view into a diesel engine 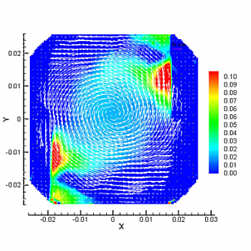 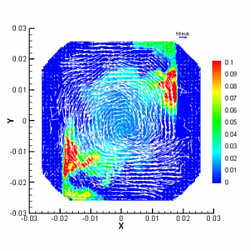 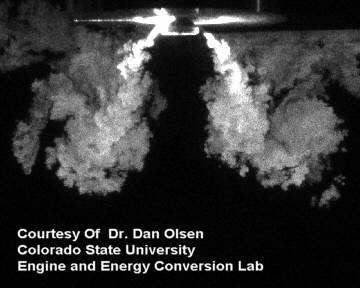 Investigation of the influence of the rail pressure on injection and combustion in a diesel engine. 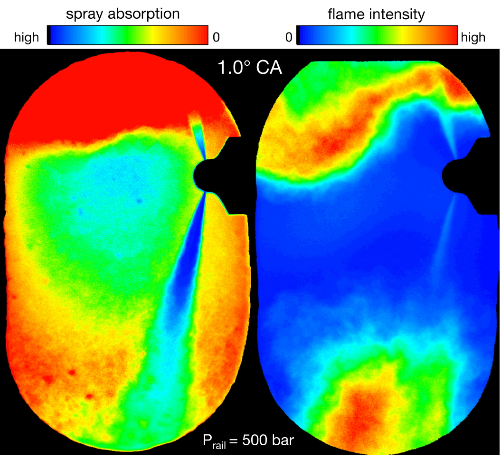 A first result from some airbag inflation testing, which we did with our partners from SOLVing3D and IES Elektronikentwicklung (electronic development). The sequence was recorded with a pco.dimax at 4500 frames/s and 912 x 912 pixel resolution.

A couple of sequences showing how a lightened light bulb drops to ground with broken glass and fading wire. The sequences were recorded with a pco.dimax high speed camera at 2000 frames/s.

PCO does not only manufacture high speed cameras, but needs these cameras to have a proper look to the manufacturing process. The CNC - milling machine in this sequence had a revolution speed of 12000 revolutions per minute and an advancing speed of 1.4 mm / revolution. The sequence was recorded at 4500 frames/s at a resolution of 1296 x 720 pixel. The sequence consists of 5500 images and therefore shows 1.2 seconds real time.

The image sequence was recorded by NASA during the space shuttle launch in August 2009 with a pco.dimax. It was taken at full resolution of 2016 x 2016 pixel and 400 fps, but the clip shows an HD (1920 x 1080 pixel) extract of it. In the first and last part the video runs at real time with 25 frames/s displayed (which causes undersampling due to American power net frequency). In the middle part there is a zoom in and out within the recorded data, to show the high resolution. The camera was mounted in a distance of 300m away from the launch on a solid platform, nevertheless the vibration due to the ignition of the rocket can be clearly seen. During the generation of the video the conversion scaling was changed due to increasing light (can be seen as sudden change to darker images).

Mentos in Coca Cola 3. - Slow Motion from pco on Vimeo. 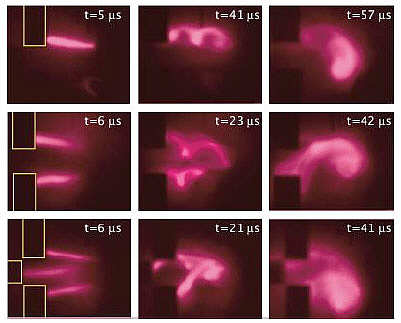 A low light sequence out of the lab window was taken in the dawn at 100 frames/s and 2560 x 2160 Pixel with our scientific CMOS (sCMOS) color camera pco.edge. The sequence is displayed three times at different levels of 16bit to 8bit scaling to show the details, which the pco.edge is able to detect in available light scenes.

The blast of two Bayernoil smokestacks or chimneys has been recorded by a pco.dimax at Full HD resolution. One of the smokestacks was made of bricks and the other one of concrete. You can discover this in the way they fall.

A pan with popcorn is recorded with a high speed camera pco.dimax with Full HD resolution (1920 x 1080 pixel) at 2000 frames/s. Still the "popping" of the corn is a pretty fast event.

Magic Hot Drops in Slow Motion from pco on Vimeo.